Why is it that many of the healthiest foods for us taste the worst?

At least, that was my experience growing up. Actually, it was likely the experience for half of the children in New Zealand growing up. Broccoli, cabbage and brussel sprouts were all cook the same way. Boiled till they no longer resembled their former selves. All becoming a pale, limp ticket to long dinners and arguments of needing to, 'finish the vegetables or no dessert!'

The purpose of having such vegetables was important because they were good for us.

However, now I am older and realise that boiling vegetables into complete submission actually removes much of the vegetable's goodness. And I have also found that broccoli, cabbage and brussel sprouts can actually taste awesome. The key is in how they are prepared.

I heard something at this year's Global Leadership Summit that has resonated with me.

While it compared the good old rubber band to our relationships with other people I feel it can go further...delving into the relationship with our goals also. Let me explain.

The concept was that as a leader, whose responsibility is to lead and grow others, my relationship with everyone else is comparable to a rubber band. As I set challenges that grow someone a goal is set that stretches them, there is now tension on the rubber band.

Once there is tension there are only two possibilities, one is to release the tension and the other is to ignore it. However, in reality ignoring the tension is actually impossible. The ongoing tension will destroy a relationship and often seek to undermine a leader's position to actually lead.

The only option really remaining is to release the tension. The tension is released in one of three ways.

Last week we had our Church conference and while the whole event was fantastic there was one leadership analogy that really stood out for me, the difference between the 'Travel Agent' leader and the 'Tour Guide' leader.

A Travel Agent is someone who plans a journey for you but does not join you. In fact, while you are on your journey the travel agent sits back in their office completely oblivious to everything you are experiencing. Be it rain, hail, storm, snow or Yeti attack but the travel agent will know nothing of it until too late. If there are bumps in the road and you wanted the travel agent's advice, you could call and they could give you instruction, albeit from a distance on where to go next, but they definitely are not a part of what is going on, bleeding with you! 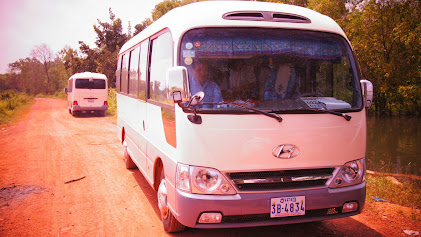 Regardless of what is going on in the field, the travel agent really just wants you to complete the current journey so he can get you hooked into the next journey and somehow collect the commission from your success.

I have been taken lately with a thought that puts success into perspective. As the All Blacks return to our shores having successfully retained the rugby world cup, I can not help but think about what this rugby world cup has taught us about success.

First of all, there was the All Blacks. Although they have their critics, this was obviously a successful campaign for them, after all they brought the trophy home. However, in some ways the All Blacks were only just successful. To be honest (and this may sound hard) they did what was expected of them and nothing more. They did not post exceedingly high scores against the lower ranked teams, they let more than a few tries in that in previous years would not have...all in all, they won the cup, they meet the expectation that most people had on them. (Although I imagine there were a few South African and Au

stralian rugby supporters who hoped they would fall short).

So while the All Blacks won, and therefore it has to be argued that they were successful, but if anything they meet the expectation that was on them and nothing more.

Now, how about Namibia. As a team they entered the cup ranked 20th in the world, the lowest of all the teams. They lost all of their games and left the cup still ranked 20th in the world. However, for at least one player it was a tournament to remember. Not only did their team keep the All Blacks to a poultry 60 odd points, well short of the 100+ most were predicting, Johan Deysel did the unthinkable. Everybody with the possible exception of the 15 on the field from Namibia expected them to lay down and be walked over by the number one ranked team in the world.

I am sure you have heard it said, "don't settle for second best". Sounds crazy but I recently realised that we do ourselves and those around us a disservice even when we settle for ...'the best'. Let me explain...

I have recently had coffee with a very close friend who is the pastor of an amazing Church and the national leader for the Church movement I attend. He is incredibly inspirational and I really value the opportunities I get to chew the fat with him in the area of leadership. At this recent meeting he mentioned a couple of times about his desire to develop his Church into the best Church in the city. ...as usual I found this to be aspirational and inspirational!

iBooks in the iBookstore

› ‹
@lostarefound
Back to Top
Member Login